You want to develop content? Create maps, items or quests! Get rewarded!

My idea is in a picture. 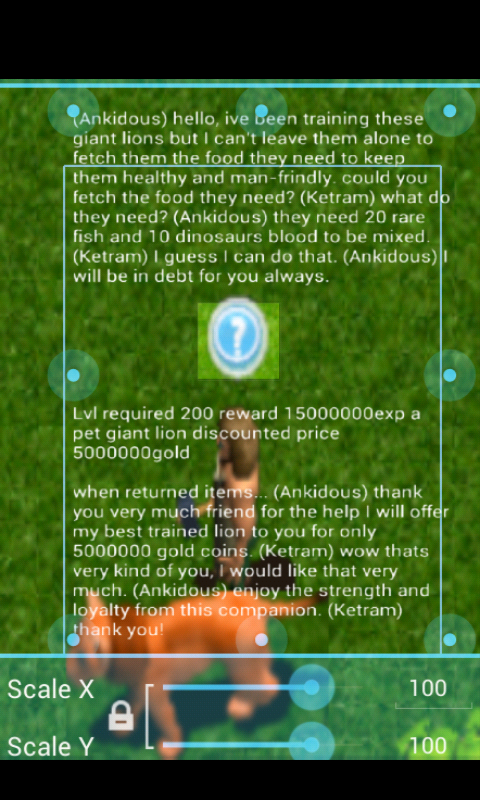 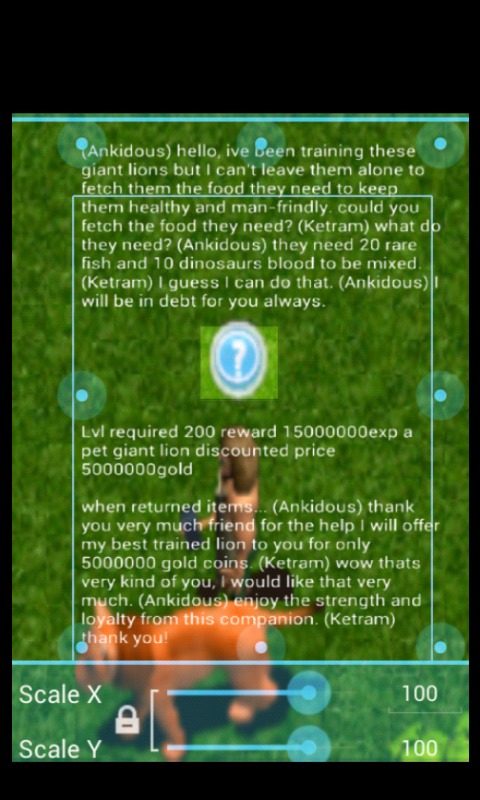 im having trouble launching apps on my pc. including editor. cant figure it out. think im having browser n connection problems as well as video n graphic problems.
Top

Hey man when finish a quest a get this message: Script Game_Interpreter line 454: ArgumentError Ocurred. too few Argument. what I did wrong?
Top

Thats my idea:
On blitzbee island will be a swordman npc
Swordman: hello stranger, i need your help
Our hero: with?
Swordman: our village is all time attacked by wasps( these that are on this island)
Our hero: what can i do for you?
Swordman: bring me 10 stings
Our hero: ok im going to hunt these wasps
Quest item: sting

Our hero: these are stings
Swordman: thank you very much
Top

You find a pink mage outside lava mountain (1 map up from spawn.

-Pink mage: Hey you, do you want make fast money?

-Pink mage: before i tell you, you must make me trust you.

-Pink mage: I need some lava eyes to cast my ancient spell to lava. Go and kill 10 lava trolls and bring me some of their eyes. Be careful, their eyes are hot.

-You: Wait a minute. What you mean ancient spell? What you want to do with their eyes?

-Pink mage: No more questions. I haven't much time. Bring me their eyes!

-pink mage: thanks, ok let me think what i have to do now. If i need more help i will call you.

-Pink mage: Ok, are you ready for the next quest?

-Pink mage: I have to craft a mixture to drink it for having enough power to cast this ancient spell.

-You: Ok, were will I find this mixture?

-Pink mage: You can't find it. Only craft it, bring me 5 vampire blood mixtures, 5 blitzbee stings, 5 +1000 health potions and 1 green flow spell. Don't worry, I will reward you very well.

-You: I hope so, you are asking for very hard to get things.


Reward if you bring needed items to him:

Pink mage: You bring them! I can't believe it! Ok so.. I will call you if I need more help.


-Pink mage: hey, i need a last thing from you.

-You: I will do only if you tell me what happens here.

-Pink mage: ok, ok, listen.. Do you know the legend of the god's amulet?

-Pink mage: ok. One time, god of souls, Gragon, was the ruler of our world. But one time, Monsters team up and killed him, his legendary rare items drop out, humans found them and made some like them, items of souls if you know them. But the legend say that humans wasn't able to copy and create his amulet. Because it had a special power that some say if you wear it and you aren't strong enough.. You will die. That why nobody get it.

-Pink mage: legend say that it is hidden somewhere in this lava dungeon, but i checked inside and it isn't there. I bealive it is under the lava
in another secret dungeon.

-You: and what you need all these items and the ancient spell?

-Pink mage: these items are crafted for make the blood mixture, if i drink it i will have enough power to cast my ancient spell, this ancient spell can spawn monsters, i will spawn lava trolls and they will help me get inside the lava, to the secret dungeon, and find god's amulet, amulet of souls.

-You: sounds hard. But i gave you everything you need, why don't you spawn lava trolls to help you?

-Pink mage: if i cast the spell, my mana will end, and if i travel thought lava with the lava trolls i will die.

-You: so you want me travel there and bring you amulet of souls?

-Pink mage: Yes..yes please.. I will give you this heat ring i found and a lot of gold. Take this teleporting orb, it will help you go and return, but you can use it only twice so be careful.

Reward if you bring the amulet of souls:

-pink mage: its..its..its amulet of souls! You did it! Oh my god.. Ok here your reward..
*pink mage tries to wear it*

+and then he die because he wasn't strong enough. And you got his amulet of souls. (undropable)

You traveled to secret lava dungeon, find 'amulet of souls' and bring it to pink mage for a huge reward.

ps: This is a good quest for strong lvls if you have done other 2 parts of quest. If you add it. You must create the dungeon, the teleporting orb and amulet of souls (you can edit some things if you dont like
it like my english.
Last edited by _NICKPAN_ on Thu Jul 27, 2017 5:46 pm, edited 1 time in total.