The offline game was the original game and is different from the MMORPG!

I just want to say that i have idea how to make offline version live again.
I always was saying that there will be no Forgotten Tales MMORPG for IOS and.... in the next week I will probably submit Forgotten Tales to App Store

Now that does sound good. Keep us posted.
Top

What about clan maps? Add building own structures in offline version too?

It would be a new feature and nice to be able to build own enclosure but without an enemy to keep out it might not be necessary. If there is added an auto enemy if possible on clan maps that would make it fun to have to defend and repair sometimes. Still it would be fun either way to be able to use hammers in new update and make own castle to rest in!
Freya- Gullander-Beautiful demi-god
Sword- kensington noble knight
Ogre- puddleglum coffee drinking fisherman extraordinaire
Mage- hieronymus of the cult of Demnos
Fairy- dagstjarna 'day-star' a luminary come down from the heavens
Top

I join FT online becouse i search offline game and i make a good progress.. so offline game fished me from online version.. if you make a great upgrade in offline version will fisher more players im sure.. about map clan can make somes strutures whit archers maybe lol..
Cello 2,4k

and include FT MMORPG client and simplified server in one package which will be offline version.

The main difference is that you control more than one character. What about clan maps? Add building own structures in offline version too?

Would the "engine" be the old v6 engine or the new v7 engine?
v6

If no PvP (GOOD) no need for clan map ... BUT: If buildings add storage space. BIG PLUS!

A LONG time ago I was invited to a clan map just to see it, GOLGREN, my mentor. So building your own house, working to increase spaces .. yea, that would be fun. That would be good because there are way too many things needed, 5 picks, 5 axes - have not tried fishing, can we fish items? KEYS, maps candles ... so yea, a build your own House idea. In what is now known as "Clan Maps"


Pets - like now: no storage, but a bigger selection and not as costly, it's harder to get gold in the offline version.

OH MY ... got carried away in the excitement of it ... I stop here
The sun will never set if you keep walking towards it. - my son
↑ Being positive doesn't understand physics. ↑
I am always AFK! I am LK, A Friendly Knight.
How to Submit a Report → GM Inbox
Pet Killing and Spawn Abuse | Rules Forum & Game
Top

OMG that will be awesome !

Many ppl are waiting for new offline version.

In my opinion its a big idea to add clan building too.

It is against boring at grinding, and game will become more good as ever before.

But keep it only offline.

Add some new quests and it will be great !

The most problem in Offline version is only u cant keep ur saved files i think.


Many ppl playing month or years that game in offline, and than their device get broken.
And they cannot take there saved games to the new device, and all get lost !
Thats the main problem i think.


It will be the 1st step to wake up interesting to play the online-version, because the learn to use that game in offline-version.


I played it some years before, and i loved it !

But than MY device gets broken too, and was very frustrated because i cant copy my save.files to new or other device.

The whole time was waisted !

Let the gameplay as it is, only update it with some new quest and maps.

U not need to add lvl 2k quests or else.

Nooene plays so many years to b 2k.

But u need more savegames maybe 10 ! or add it to googleplay.

Not everytime or everywhere all ppl having network, s they can play offline.

Or childs too. They con do many mistakes in online.version...so they can play offline !


Its no madder what u do, only add save.file copy or googleplay to it, and it will alive again !


We waiting soo many years for it !

+1 transferable save files!
The sun will never set if you keep walking towards it. - my son
↑ Being positive doesn't understand physics. ↑
I am always AFK! I am LK, A Friendly Knight.
How to Submit a Report → GM Inbox
Pet Killing and Spawn Abuse | Rules Forum & Game
Top 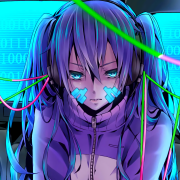 Did I just see in the next week I will probably submit Forgotten Tales to App Store ?

It's finally going to be here, the day I've been longing for.

and 5 years later now
you said it's going to be released on apple
I could feel the blissfulness overan my feeling of betrayal for you
therefore I hope you keep your promise for once.

I can't wait to play Forgotten Tales on a fruit
Just a young kiwi learning the way...

ps; I can speak either chinese or english don't hesitate to pm me if you need help translating something
Top