The offline game was the original game and is different from the MMORPG!

I love the MMO game, but I really enjoy the RPG too! If or when it's possible, I'd still like to see some updates for it.

Of course I would.

Problem is a lot of the new stuff will not work in it. The programming language changed, the update allows for things impossible in the old code format.
The sun will never set if you keep walking towards it. - my son
↑ Being positive doesn't understand physics. ↑
I am always AFK! I am LK, A Friendly Knight.
Short Guide on How to Report to the GM Inbox
Pet Killing and Spawn Abuse | Rules Forum & Game
Top

Maybe so, and I understand from reading posts what some of the difficulty is, but many things don't need new code.or language I imagine. Updated doesn't necessarily mean to match the currrent MMO in my mind. Regardless, just wanted to express support for it.

I've mentioned an unpopular option before about just wrapping up the offline game by giving it a finish. The thing is the game doesn't need to match the mmo one. If you go to download an rpg you'll get ones that give varying lengths of game play but it isn't standard for them to keep getting updates added. As it is, the offline GT game gives substantially more gameplay than many others. There isn't a huge need to have level 500, 1000, 2000, or whatever quests for it. The fact that you can't really transfer the game to another device sort of underscores that too.
Warriors are not the ones who always win, but the ones that always fight.
Top

The rpg is good. I played it and didn't get too far, but enjoyed it. As with others, it was on my phone for when I couldn't get wi fi for the mmo.

I'm going to view the point of this thread pragmatically. It's a matter of time (and $, but I'm not going into that). I would much rather time was spent developing the mmo. If it is spent on the rpg, it detracts from that.
Top

I would like one feature feom the RPG rolled into the MMO, though. Make it so pets chop and mine along with me! 3 times chop and mining speed for everyone! 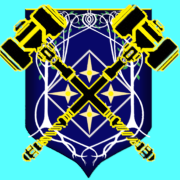 Well the offline version can get some cind of an update but mabye when updating it you lose youre progress? Sad yes but better than not getting it.
I mean that only to fix the issue. Than more updates would work? Hey I'm not a programmer lol
Suggestion:New clan rank: Mayor.
Co-Creator of The Ember Islands Clan Map with KalenFirst.
In oposition of dictatorship 3.-3 and catoic 2.2 (so caotic I can't evan write a silly name for it)
Head Admin of the Palace of Nothing!

i think noone will update the offline version

I think you are right.
The sun will never set if you keep walking towards it. - my son
↑ Being positive doesn't understand physics. ↑
I am always AFK! I am LK, A Friendly Knight.
Short Guide on How to Report to the GM Inbox
Pet Killing and Spawn Abuse | Rules Forum & Game
Top

i discussed it some years and again some months ago too.

its another programming routine like the one from the mmorp.

the developers wont work on old systems again, and the programmer has not enough time to work on offline too.

There was one lil update i think 2 years ago, but i not realy know what was new in that update.

It was discussedin the past....

but truely.....they cant make money with that offline game !

I think its fun a lot like it is bros and sis.

If you in areas without net for a long time, u can play offline . dont forget to save.

There was a discuss about savegames too...compbatant told us how we move the savegames on newer device...
but u should better take a look in the forum bec. that ..alone.
I not have much time atm...SRY