About "PlayBoy" I do not consider this as one of my accounts, although I have used it a few times, I only consider my accounts as those in my email...
Corvo 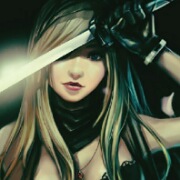 I think we need to know some more information.


You have admitted to sharing accounts in your application and although I have a huge personal dislike of cheating the game in this way, at least you have been honest.

However, Sellsword then found two more examples of you doing so.

I think now would be the time to be completely honest so that your application can be fully considered.

We need to be confident that our GM team leads by example.
Top

Either you do or you don't. You reported him as your account.
The sun will never set if you keep walking towards it. - my son
Being positive doesn't understand physics.
→ How to Submit a Report to the GM Inbox ←
Top

Either you do or you don't. You reported him as your account.

• When did you start playing Forgotten Tales?my first experience was during beta(constantly dying in pvp i left) about a year later i rejoined game(i dont remember exactly the year)

• Why do you want to be a mod?i have enjoyed playing the game for many years and i beleive i can be an asset to the team

• Why do you think you should be a mod?i am unbiased towards all nationalities and believe i can help the players in game. I believe everyone should follow the rules and that the rules should also not be biased towards any particular group

• Have you ever been muted? If so, what for?yes, lestat is permanent mute now 4yrs.(i had issues with a bully and they reported me for saying what i thought)

• Have you ever been outlawed? If so, what for?yes . It is a pvp game.lol but was only outlaw at early stages of game

• Why should we accept you into the Mod community?:imo this is the same question as why do i want to be a gm and why should we accept you as a gm. With that being said, i believe i can be an asset to the mod community because i have been both in clans and without clans(so i know their frustrations) i have also fought for both sides in different wars so i can relate to their many differences

• Did you read the Staff Rules (link above) before applying and will you follow them? Yes, im a firm believer rules should be followed

• What is the current keyword? Courage

• List 3 names of people that can support you being a mod. How long have you known these people?i can list many people i know,whether they would approve (support) me i do not know,as i havent discussed this with then. But players i have known over a year are... Golgren, LordSeth, ryaca, maiden, vasinta(Ardesia), dahobbit, haterz, madmanical, mak, lysol, isoril, rothost, saphira, kipers. Some like me others do not, but if i only chose people i know like me, how can you get a honest opinion ?

• In which country you live and what is your timezone?united states,est

• What language(s) can you speak/type?english ( with google translate i can write any language but cannot read them)

• Are you older than 18 years? ! Minimum age required is 18 years ! yes i will be 46 in a month
We are judged more by our actions than by the words we speak. Remember this, as our actions are a direct result of how we deal with situations, our words can be contemplated and show compassion when in actuality we have none.
Top

Lestat- as with the GM applicant directly before you, you have admitted to sharing accounts. I will say this now that I have a huge personal dislike to that practice as you have put yourself at an advantage over those that don't share. However, you say it was before March 2018 and are welcome to scrutiny. This is good.

You've also admitted to buying accounts. Again, it's against the rules. I wonder why you did it, but I guess that's your business.

Having said that, you are your own person and call out players for their indiscretions. In my opinion, your recent forum history has been exemplary. You clearly have history over a particular clan map that some will never forgive you for. But that's not the point to me. It's whether or not you could be a GM.

And to me - particularly at this time - not only do we need more GMs but we need GMs who will tell everyone how it is, no matter which part of the world they come from.

For these reasons, you get my vote.
Top

To be 100% honest. I did not share. I traded for those accounts. Some were to help buddies out with gold, and one was bought to give me a better chance at defending my clans. I have no problems with being transparent about it. I wanted to be honest and even had to edit the post because i had almost forgotten DemonOrge. If this is the reason i cannot be a GM i can accept that as well.
We are judged more by our actions than by the words we speak. Remember this, as our actions are a direct result of how we deal with situations, our words can be contemplated and show compassion when in actuality we have none.
Top

Posts by Lestat have been neutral and fair.
The GM Application by Lestat is one of transparency and honesty.

He's run the gauntlet and wants to help the game.

I'll second Leone's vote!
The sun will never set if you keep walking towards it. - my son
Being positive doesn't understand physics.
→ How to Submit a Report to the GM Inbox ←
Top 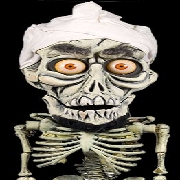 I disagree with Lestat being GM. He has purchased accounts, used shared accounts, lied, and cheated. I do not see that as good characteristics of a leader. Not to mention he has a filthy mouth. Probably why all his accounts mute.
Any intelligent fool can make things bigger and more complex… It takes a touch of genius – and a lot of courage to move in the opposite direction. -Einstein
Top
Post Reply
458 posts