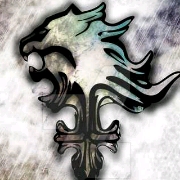 I know it has been said its being looked into but are we going to be possibly getting an update on it? A little clarity? I know I'm asking a lot for a 1 phrase answer but many have been affected by it and got their first mute ever after many years of playing the game.
Top

It was answered here already:

False that incident in particular involves the people in those screenshots which i was not a part of what I'm referring to is the mass muting that happened days ago that was reported to a dev chat and then reven said in game at spawn that "he was looking into it" and has thus been swept under the rug...
Top
Post Reply
14 posts