LostKnight wrote: ↑Mon May 30, 2022 1:14 am I have stopped digging graves, 2K items or not. If I wanted to dig I'd download a digging game.
- Dig Out! Gold Digger Adventure or Ground Digger come to mind. My wife played those.
I will not buy a sythe and seeds and plant to make bread.
- If I wanted a farming game I'd download one. I am sure there are a few.

Where is the game going?

A player gave a new alt of mine a loaf of bread. It was very helpful as a level 5-6 player to fight monsters as every 10 seconds it gave me hp and I didn't get hurt as long as it lasted. 100 hp won't mean much to most players but it could be a big help for low players. The advantage over standard hp potions is it heals automatically for a duration. I personally won't farm as I am too high for it to help, but next time I make another alt I might, or as a way to help other new players who wander by. As long as it isn't mandatory to farm I can't see how it is harmful. The patches of wheat you can walk through so there isn't any hindrance to travel. I also think it's humorous to see players chasing rabbits trying to hit them! I haven't really tested the effects of meat...but again it isn't mandatory. Much of the game is about choices that fit our playing style, all these are more choices not requirements. I personally don't understand the animosity over these changes. Digging is gross! But if you've dug in the big graveyard you can get a 100k a hit orc ghost to appear and have a fight too! Again it isn't a requirement..just an option that may appeal to some players. Not picking a fight

but I fall back on my motto changes should be good for all players. Digging is available to everyone regardless of level. Farming and hunting are primarily for the lower levels but anyone making an alt or having a friend who is low can help them. I think we forget this game is still rated as Everyone...that means different things will be received better by some and nixed by others.

Just these suggestions to content writers, why not incorporate an NPC somewhere where like Kulgan tutorial you can learn to grow wheat and get a scythe? They are 5000 gold and might be a stretch to buy. And perhaps have an ogre needing meat for a rabbit stew and you must help him. In both of these brief interactions it could be told the exact benefits cooked meat and bread will provide and how it will aid the player. I personally think it would be beneficial if new content has an in game explanation and not be left to word of mouth or only to forum users to discover.
Freya- Gullander-Beautiful demi-god
Sword- kensington noble knight
Ogre- puddleglum coffee drinking fisherman extraordinaire
Mage- hieronymus of the cult of Demnos
Fairy- dagstjarna 'day-star' a luminary come down from the heavens
Top 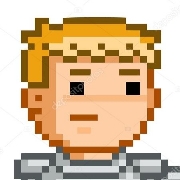 These changes are good for the game. Players that don't like these changes simply do not have to explore these options.

Simply keep playing the game. That's the important thing.
I am a knight
Top

Hello its been long time i shared my ideas here on forum.

I think it could be good if we add poison making skill in game. Example poisonous potions(can be made with spider poison,scorpion poison and etc): which will apply any weapon or single target spell for 10-15 second and as you lvl up skill applying time will grow. Poisoning could last about 5 second on players with biginers poison. and as you lvl up skills, with better potion it will last longer. damage will be dealt as damage per second and will apply even if another player runs from pvp.
There is some disadvantage for archers and mages in pvp because we cannt catch enemies with throwing knives so they mostly runs from us. if poison mastery will be ration 1.5 for archers and mages and 1 for other classes i think it will fix this disadvantage some extent.

If needed other ideas Can be added multiple target poisoning at lvl 10+. Applying it in weapon craftings and various ways.poisonous pets could be good too.

Lastly it still need regulate and tests because if everyone begins poison making mm idk if it will be good or bed.

Mages are the lostest Characteres in this Game. They are Best for Quests, but not in a fight because they are too slow for all other classes.

If i see the function in the OFFLINE-Version, this is the same function too here.
MAGES are only good to heal a group of players.
Thats the only function what mages have in this game.

Many players talked about that problem and nothing got changed over the years.

Mages only need a function that other cant block their heal.

ClanPlayers using NonClaned Accs to block heals in PvP to hunt PvP Scores.
And in ClanWars i recognized that in a PvP its nearly the same.
We fight vs an enemy ClanMember and than a friendly ClanMember comes and blocks !

Mages can only heal like hell and noone can kill them, But in such a situation Mages cant damage any player

Mages will allways loose if 2 vs 1 PvP or more.

In a 1 vs 1 it takes too long to kill the enemy and the enemy will defreeze and run away !

Poisen would be good, but not usefull ! All PvP characteres can buy their equipment in all shops. Only mages havent any equipment for PvP.

And now...please not say mages have spells.

Who plays a Mage knows from what i speak

All other caharcteres got new functions over the years only mages NOT !

If mages freeze any other acc in a PvP there are unfreezez available and can be used by the enemy. mages are helpless.

Freeze Spells not working in a PvP.
The Damage is too low for mages because low HPs.

Nothing can be used in a PvP .

1 vs 1 is lost too, because if player get red, he logs out

Like the unfreeze function that makes mages can run for some seconds out of freezes.

Achers have Extra-Arrows !
Dwarfs have Axes !
Swords have Knifes !
Ogres have fishes !

Regarding the mage comments. Do we really have to go through this again?

1vs1 of another class. Mages can't lose as can heal themselves. A mage of 2k can kill a dwarf or archer of 5k. Is this fair? I don't know, but that's where we are.

1 vs many. Of course a mage, or any other class, should lose. That's a war of attrition.

Keyword search 'class balance ' will detail this, and lead you to other links , others and others again.

Back to the point about poison damage over time, this is another point that has been brought up before. The mechanics then perhaps didn't allow it, but now they do. I like the idea!

How about to have duel mode 1 vs 1 in settings where we can trigger duel mode like we trigger joystick mode. If you trigger it, outside of clan maps group attacks wont be possible.you can have only duel 1vs1 and you cannt heal other person in pvp process. Other person cannt target you or you cannt target another person. If you remove trigger youll have normal mode where you can have group pvp. This will fix more pvp principles.
I think this method will fix pvp problems more than new skills and spells.
g-jibladze mage lvl 5400-600
IronHulk dwarf lvl 620
GIO1 sword lvl 136
GIO2 mage lvl 50
GIO3 ogre lvl 75
Top

My idea is to add "Miracle Wheat"
You can create improved bread from the miracle of wheat!
Simple bread gives 100hp 100 times, and miracle bread gives 2k hp 100 times and need lvl 200! The fall is about the same as a meteorite!
Give your thoughts on this
★★

I do not think anyone reads these anymore.....
The real being, with no status is always going in and out through the door of your face.