Very excited to give this a shot, sans pets!
Warriors are not the ones who always win, but the ones that always fight.
Top

I can't stress this enough though - today's portal was just a test.
The spawns in the room are dated.
I'm unsure yet as to how editable they are.

There are some complaining already, and really, I'm laughing at all of them.
The fact that I got the portal to work is a miracle in itself.
If you haven't figured it out yet (and most of these complaining haven't), there is something planned, and it's bigger than just this.

I've still got a lot of work to do yet, but then again, it's not even halfway through the month yet.
Halloween is indeed only one day.... as it comes closer, things will ramp up some.

A common effect with a lion on the prowl.
Top

Yes, and I wore the brunt of some insults as some guy who took his fairies in and parked them by the exit. I went in and just stood there - wow auto spawn at the portal. I ran up one side down the other and they were popping up all over the place - I was running for my life!

I see the "Skull and Crossbones" on a portal it fairly screams: NO PETS! or Bring Pets At Your Own Risk!

I popped in and out a few times and this guy would always park his "fairies" right by the exit portals. So if he's the one who complained about someone dragging a spawn to him maybe it was me, but not on purpose, he was parked at the exit portal! I'll sleep with a clear conscience tonight.

As to: who taught me to play - well, I left my pets at home!

Thanks for the fun time MadMikael looking forward to the coming days.
The sun will never set if you keep walking towards it. - my son
Being positive doesn't understand physics.
→ How to Submit a Report to the GM Inbox ←
Top

Thanks for your efforts Mikael.

I understand that the portal right now is in test mode and the fact that it is already outdated compared to high-level people.At the moment the portals are not divided into levels, but I understand this will be fixed.

I do not have much time right now, so if anyone has the opportunity to think about it.
I will agree with almost everything except a healing mage who cannot be defeated.
Last edited by Mr_Maks on Sun Oct 14, 2018 11:23 am, edited 4 times in total.
Top

I realy hope that the hardest to get item in game (for non.mage) will be a drop : the jade pendant.

1k-2k:
i think.id prefer to drop the ingredients like devils horn and dragon head etc for crafable items. maybe with a higher drop rate.
after all 1k.items are supposed to be hard to get.
non craftable 1k-2k items could drop at a slightly beter rate.

2k -3k
It seems to me that 2k gear is rather easy to get for 2k+ chatacters. doing a daily quest for a week.practicly guarantees a few.
so maybe just a slightly better drop rate.
NO 1K-2K ITEMS should drop in the 2j+ rooms to prevent flooding the markets by those who.can easily kill the associated monsters.

3k+
not sure if there should be 3k drops since i think these items should be xtremely rare. i guess there could with a very low droprate and mosters with very very high xp vapable of killing a 3k+ in a few hits thinking if death type monsters here. (probably should be a 5k+ roomas well to prevent easy farming by 10k+

dont know if this is even possible but im sure a lot of people would be very happy with:
a non transferable 1in 10000 chance special skin drop.
Top

Here it is a matter of strengthening the statistics of bosses by the frequency of their occurrence and the chance of the drop itself to come up with an average value.Not too often drop but not too rare.
Top 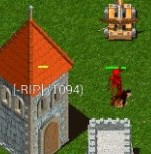 if they manage to put the statistics as the last portals that they put a long time ago, it would be the best since they had a perfect balance for each level....
Spanish Translator

Guys, I appreciate your enthusiasm, but I already have enough work with what I have planned.
I hadn't thought of the event portal until a few days ago, when I stumbled across the idea that I could actually use it.
I know that may sound strange - but I was of the opinion I couldn't, for various reasons. The neat thing is, I (myself) can add the portal, where I thought only compbatant could.
(Mind you, if I add it, it's temporary and vanishes at restarts etc.)

But let's be realistic, and look at what I can't really change in a timely manner.
There are only 7 event portal maps existing. They are different in what spawns on them naturally.
To change that, the map editor is needed to be used - and that would probably take me several days to figure out again.

Then there is what timed spawns are on those maps - I might be able to submit an edit of the file, but I'm unsure as to if it would get added/changed at all. It's something I'm going to ask about.
Then there is the actual "quest" file of the portal itself, in how it sorts. I'm considering that one too, but without editing the existing spawns with the map editor, it's not that great of an idea.

The ideas posted above are nice, but they're not really within the scope of what I'm doing at this point.
The event portal was never the focus of what I was doing.
If the event portal is going to be looked at, it should be done properly, and probably redone in its entirety.
That's not happening this month.

EDIT: btw, if you want to list items desired, it just so happens there is a post for that : viewtopic.php?f=4&t=16242
and please stop posting ideas here - this was the thread where I was posting pics of what was done
start a new thread in suggestions if you want to talk about the event portal.
RETIRED [GM] - Game Master