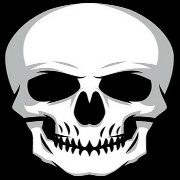 Depends on what i get in change

Depends on what i get in change

Yup, maybe they didn't want to! So what!

blitzcraig wrote: ↑
Tue Nov 20, 2018 6:31 pm
Have you considered that perhaps they didn't share their reasons for leaving because they believe it would be bad for the game? They have done nothing in FT for the last several years except try to make it better, and you have the nerve now to attack them and assume they're trying to hurt the game?!? They deserve better from us - they deserve the benefit of our doubt about why they left; they most certainly have earned that!

WARBRINGER wrote: ↑
Tue Nov 20, 2018 7:39 pm
This post is entirely out of order. The four GMs in question left for their own reasons, and it is up to them whether or not they disclose those reasons to the public. As Blitzcraig said, we should be extremely grateful that they, as well as the rest of the GM team, put up with abuse, harassment, and, for lack of a better word, bullying for many years, and helped keep the game in order.

MadMike has made it very clear here on the forums why he left, all you need to do is look around the forum.
ardesia made it very clear in "So long and thanks for all the fish" as to why she left.
Akkillies. I know why he left. It's personal, and has nothing to do with MadMike or ardesia or the game.
Arachnia, who I didn't know, said: "but my decision has been built up during the last weeks."


Nahgus wrote: ↑
Tue Nov 20, 2018 8:06 pm
their reasons may b their own but conspiring to leave at the same time is petty. u think they all left at the same time wasn't vindictive? i find that naive on ur part

You have proof? Than prove it! Otherwise it's just so much FUD!

Yup, you can express your opinion and others have the right to give theirs.
Point here is the: "conspiring accusation", which is not an opinion!

Also they did not all leave at the same time. They only announced it in "So long and thanks for all the fish" after that thread was created.
The sun will never set if you keep walking towards it. - my son
Being positive doesn't understand physics.
→ How to Submit a Report to the GM Inbox ←
Top

Humble_M wrote: ↑
Tue Nov 20, 2018 8:06 pm
As with any job, paid or not, people are entitled to leave at any time. The GMs who are leaving are under no obligation to give any explanation. Let's just thank them for their service and wish them luck - whether they continue to play as a normal player or move on.

The sun will never set if you keep walking towards it. - my son
Being positive doesn't understand physics.
→ How to Submit a Report to the GM Inbox ←
Top 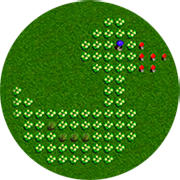 I only came across this thread TODAY, and responded immediately! I did not even see the second or third page before responding.

You "assume" far too much!
The sun will never set if you keep walking towards it. - my son
Being positive doesn't understand physics.
→ How to Submit a Report to the GM Inbox ←
Top

"I need to calm down" what's to calm down, I'm very calm. You are the one that is all bent out of shape because four GM's left in a short period of time and didn't tell "you" why.

I am not concerned with "Why" at all, none of my business. And as I said, Mike gave his reasons, look for them, ardesia gave hers as well. And, Akkilles, well if he didn't tell you why, then it's none of you business either.

Real Life has it's own RNG and we all play that game.

Ry, you believe what you want, it is not my concern. I told the truth, I'm comfortable with that.

Spinning wheels here, this is now off topic and my last post in this thread.
The sun will never set if you keep walking towards it. - my son
Being positive doesn't understand physics.
→ How to Submit a Report to the GM Inbox ←
Top
Post Reply
51 posts