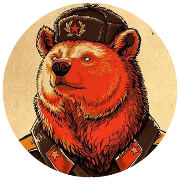 dinoponte2 wrote:I know KOREA is nice guy , i gues only bad think he got has u insiders is be jony friend
Run of big lvls is love pvp OK just funny

So the only way to do that is with others literally 1200 lvls lower then you? If that's not being a caward then please clarify what is....
Top

I agree with u 100% on that point and they get what they deserve (for the most part). My only argument was for those that just wanted to grind and maybe get 1 lvl that day but it makes it almost impossible to do so.. See enemy clan sure kill him once but its when they just keep coming back and killing is where it feels like harrasment im obviously no threat to him he just let lvls get to his head that's all
ps. I also want to say sorry for typing out of frustration
Top

Yeah when jony &DOOM used to hang out, we would discuss killin hah!! He is nice & misunderstood. He muted cuz ppl do the same to him as they do to me. Curse him out constantly and he retaliates. He has the same passion as the rest of FT community. Try being permantly muted & cussed out all day. YOU WOULD KILL EVERYONE AS WELL.
Top

I ain't arguing whether or not Jony is nice, I am sure he is to his friends. What I am arguing is why +1000 lvl, even +100 lvl can engage in pvp. +3 is the limit if not in a clan, why does that get thrown out completely after being clanned? Some lvl should still be imposed. Clanning is the social part of this game, the part that grows it. Why should taking that step end up in being hunted /killed by those that offer no chance of defense? Some balance needs to be in place.
Tonto - Archer (lvl 100+)
Top

After over a year it gets difficult when all fight you & you have no idea who is who anymore cuz trading. You become numb. Treat lvl 50 same as 1000.MERKED! feelings dont play part as much as probably the victims.
Top

So pretty much your just giving him excuses? Its your own fault your muted lol can't blame that on anyone but yourself you do your own typing period... And as far as killing low lvls he's the same as u just a coward that's been picked on now he does it to everyone.. U can post all your stories here but the fact still remains if u have to keep killing 100+ when you yourself are over 1000+ your a chump enough said
Top

hahaha nice my a$$... oooooooo i should screen dump.more often but idc....im ready die i love pvp and learned to die worthy....

hahah so one day in chilling in cyclops grinding in no clan jony shows up spawns a bunch wont stop spawning so i hide in corner to take on 1 cyclops at a time was close to lvling and tht i could make it. as i am red and again ready to die...jony who is grn walks up to me and tocuh heals himself as i am dying over and ovrr like an in your face move. so i died jony fully healed i had ti go somewhere else to get my level and the 7 mill xp i lost. he loves pvp my a$$ he just a straight villian, it foolish for any of u to think jony is nice guy like u hang out with him and u know him face it u can say what u want but someone that puts that much effort into watching u die at no benefit to themselves just left me thinking wow homie really has some issues.

on another instance jony attk my tower to red i heal, he ask to be friends just to call me many random things that were supposed to be offensive and wouldbe if i took as serious as he seems too. so juststop defending jony he lvl 1500 almost now i wonder time and time again why ppl speak for him like he cant defend or speak for himself. he is truly the king evil of this game i love u Doom but u will nvr top jony on this list. props to u all for playi g the game while he recklessly endangers everything any grinder has ever worked for.
Top

i have lots of list of jony's harrastment to ADIK castle and members...but still this wont stop him!

no one cares for this...to stop him seriously!