The bottom line about a in game economy : You DO NOT let uppers hoard all the high level gear and watch the lower accounts that belong to the upper accounts terrorize to get players to buy levels for the upper account players ... That is extortion ! Morally unjust and teaches a person bad character traits. Game or no game , it runs players off and ruins chances of this game having any real chance of true success . You can get all the rich people to play a game that only rich people can afford . But in all reality and fairness , you just do not realize that if you have 1 rich account V/S 100 small accounts . Who is going to win if they are loyal and do not feel that they are used only for money ? That is why so many players get upset and never come back to F.T. (the game makes a player feel he is a part of the game ) , Not that , all you want is his money and to never care if he comes back online again .
Realistically : I saw a player the other night cuss players and demand money or he was going to block spawn . He put up a good show and the players gave in . So he kept doing it to them for hours and hours.
I even saw Rammstein yesterday online , NEED I SAY MORE !! Hmmm , Rammstein is a German name , is it not ?
At one point or another WE ALL have felt that the game has been abusive at one time or another but , it is just a game . After all , why would a person get attached to a character , train it , buy it gear , fight wars with it , craft gear for themselves and friends . Only to have another player come along at certain point in the game and tell you basically that if you do not conform to the heresy . Your chances of survival are slim to none. I will take those odds, rather than buy that player levels ? It is my money and I can do with it as you choose . Even though the game is set up for them and the distorted vision they have . Your vision of the in game play is not my vision Jony . You might be a good person and like pvp but in ALL reality . You never grinded one of my levels , so do not take the food from my mouth . I go now to erase almost every friend on my accounts , again . But I will only keep two friends I have chosen , let's see how the nature of the dice rolls .
Happy hunting my fellow gamers .
Ruffframe
Top

Ruffframe wrote: I even saw Rammstein yesterday online , NEED I SAY MORE !! Hmmm , Rammstein is a German name , is it not ?

Yes, Ruffframe you need to say more. To clarify. Because right now I don't like how what you're saying here looks.
Top 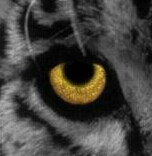 Sry I post to an old topic
But tgis has to be said.
I have absolutely no idea how someone like jony is honored here
He bought lvls and kills EVERY person that is under his lvl .
AND U CALL THAT SKILL ????
Seriously someone who has a big wallet has nothing to do with skill.
Also the outrunning is probably just caused by good internet.
I play league of legends and that is a gqme where u can say that move was skill based ... but not this sry
I know the creator needs the money from the high lvls and thats ok could I would probably do the same as game designer but I HATE jony
He has absolutely no system
He just kills no matter who are in whay situation
The reason I am bringing tgis up again cuz I got " in contact" with jony again
So everyone knows the new maps are there so it is no shame or it is not forbidden to check them out.
But jony waits at the new maps cuz he knows that all the excited players will come and check out the map.
Then he just kills everyone he sees and erases every little part of fun in this update.
I had no chance to check the maps enemies quests ....
Also I saw something really inappropriate of him.
He killed a guy and got the lvl 350 bracelet dropped.
Ofc hthe player wanted it back and in order to getit back he had to buy jony 10 lvls !!!!
That is the absolute worst of him ive seen so far
No dignity at all
I Seriously dontknow why he doesnt feel ashamed for himself.
njust wanted to get that cleared up.

Oh btw nice said ruff
Most of it at least

-Buy me levels and I wont attack you for a while.

-Buy me a few levels and ill give you gear.

-Buy me a few levels and youl get your gear back.

Thing is. People have been doing it. Its people who are at fault. Because hes only the level he is now because people have been caving in to his demands. Not all people of course. But clearly some have.

What they dont realise is that he will kill them again anyway.
Top 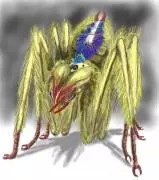 Cleopatra wrote:Ok...buy Worf lvs and I won't kill ya ^_~

-Buy me levels and I wont attack you for a while.

-Buy me a few levels and ill give you gear.

-Buy me a few levels and youl get your gear back.

Thing is. People have been doing it. Its people who are at fault. Because hes only the level he is now because people have been caving in to his demands. Not all people of course. But clearly some have.

What they dont realise is that he will kill them again anyway.

yes, i agree. Jony also came to me and said "buy me levels or kill me" lol I did not. I bought gold and items for levels but never bought anything from Jony because he killing all. so, some people thinking it best for them to have friends with jony so they buys levels for him. xD they would buy for him then use him as his hirlings to bully others. villains popular with many people but not all.

one day he came to me and said sell me your wand lvl 200, i had to put it on my storage account and said i lost it. he wanted me to trade it for my lvl 200 hat back. i was like NO! because if i leave spawn you will kill me, i had to tell a few of my clan mates to come to spawn
SilverStar- lvl 365 - solo roaming around mage