It is not against rules to kill pets..... ASK gandalf! Weve jiuust talked about thisss.....im tired of u guyz hating.....and secondly i only kill pets. Low lvls get mad and atack me....then i kill them... again... its allll within the rules and MECHANICS of Game!! Now stop dirtying up my name.
Top

its a bit more complicated than that.
its allowed to kill pets if this serves a real purpose other than irritating other players.
if a pet is used to steal spawn killing it is ok because the goal is to get the spawn. you are also allowed tokill pets to distract playwrs whoare attacking u or others etc. or to get them tomove away from where u need to go.
But if pets are in a place where they dont hinder anyone killing them is ' reducing other players game-playing experience' without a gain for urself apart from.irritating them.
that is fordidden.

thats how tis was explained to me, a long time before u started to play btw. its all on tbe forum. but u gottoread back.

But even if allowed by game rules it doesnt mean we cant hate u for it lol.

destroying someones hard worked fir property without gain is despicable and useless vandalism. if u kill a player u get xp or even drop.
u gain.
killing pets gains u nothing in many cases. so dont blame people for hating u fir it and hunting u down.
Top 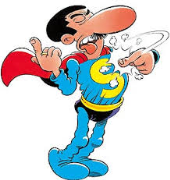 Killing pets only to irritate other players is not fine. And doing it, you can force low level players to attack you, then you kill they.

Additionally, if a GM requires you to stop it, you can't ignore him. So please consider this as a last warning.
Currently inactive
Game Admin (GM)

one thought though.
INMY OPINION:
if the owner of the pet is in a clan, killing the pet is a way to deny resources to that clan. so that should beallowed.
if my clan is attacking another clans tower I would definately want to kill enemy clans pets carrying carbon to make firemissiles.
Top

If killin. Pets is a rule its gotta be enforced properly!For all!!! Im not the only one. And its not against rules. There r reasons for it,. U can hate. But ayc kicked me for a day n gandalf gave me 2 items cus i did NOT break rules....
Top

Well, I was at redcrocs and why u cry killed my pets so get him banned as much as possible. REduce his lv to 0 no more gold to that kiddo
Top

U see. Everyone woild have to be banned everytime someones pet dies.... how impractical,,, i play like everyone else. Grind. Lvl. This is a role playing strategy game,..... think of my role simular to Darth Vader of star wars.... some hate..some love.... and my stradegys are extream at times fuled by my passion and fury. But i ensure u its all within game rules and mehanics..... and about killin pets ruinin the ex.thats bull. Watch ur pets. And also if me silently killin pets is ruini. The exp..... then how about u guys ruining my experience with all these posts.... i spend money on game. I kno rules. Annd i use forum and always checking
Top

Doesnt matter i dnt break rules. I play tbe game how i can without even talking lol i just run around killin stuff. Cus afterall it is a midevil game. We all have weapons n were all "warriors" right? I have a select style that i play. It makes me UNIQUE
Top
Post Reply
19 posts