I as well think that items you have paid for shouldn't be dropable.
And even if they will be I think it would be better if you only get the normal item and the player who was attacked gets the item upgrade back or something to restore the exact item if they get another base item.

Although I think another kind of reward for PvP would be better. Nothing you take from others.
Trophies:
If you kill a Player you get 1 trophy if they are in a level range of 100 of your level and 2 trophies if they are 500 levels above you.
If the player is in a clan and has and has a way lower level than you you will get nothing. The same goes for outlaws.
To prevent people farming trophies by killing one person over and over again there should be a daily limit for killing the same person.
At the end o the month there will be rewards for the players with the highest trophy count.

Also, I think the reason why many people have upgraded items it so they wouldn't be dropped in PvP.
Making them dropable seems not fair in my opinion.
Top

I paid over $30 for customized, NO DROP gear. If that changes AFTER I've purchased this hard earned gear I'd definitely not put any more money into the game. That's IF I bother to keep playing. Most people complaining about the recolored/upgraded items are troublemakers involved in pvp constantly. Mostly higher levels who only spend time in group fights where they have the advantage and are almost guaranteed to win. The only reason people really buy the upgrades are to protect their hard earned gear! A neutral system wouldn't really even help unless you took outlaw status away completely because it wouldn't make sense to have it anymore...considering they exist because of out of clan pvp...
Every person here has said the same thing with multiple reasons and perspectives about the upgrades... I don't understand how the votes can be anywhere near 50/50 unless people with multiple accounts are doing it unfairly. I think open discussion would be more beneficial.
Does life really get better?
Top 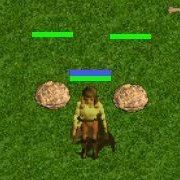 as i said from the first time items upgrade was bad idea.well, my idea is tjat items upgrade should have 1%chance or they should be removed from game. who ever has bought them will have those gears for ever
there are no more wars going on in game and we are all so bored.
its bad that forgotten tales has mindless developer.combatant never thinks too well.he only thinks about money and now when he will change things about recolour items it means that he will scamm players.but change is isential.otherwise game will be dead
cotne7 Mage lvl 6200
cotne Archer lvl 200
cotne73 Mage lvl 31
Top

I'll post what i wrote on the discord server:
There is a difference between PvPing and PKing.
I can understand the complaint about pvp not having a reward, but i think PKing should NOT have a reward. As in, when two players target and attack each other, or a group of players attacking one another, thats pvp.
When one player gets attacked by one or more players and doesnt fight back (doesnt even target) thats not pvp. Thats PKing. It should not cause any recolored gear to drop. And The problem is that as it is, the game does not differentiate between the two.
Also, there's a lot of bullying involved with pvp, both clanned and unclanned. So i feel like making recolored gear drop is letting the bullies have it their way.
And like i said, i generally agree that there should be some form of reward for beating your opponent in PvP, but making the paid-for upgraded items drop from the hands of players who do not wish to engage in battle into the hands of the attackers is very unfair and will make many players who invested in this item BECAUSE of that property, lose interest in the game since their monetary investment is not respected. And i'm with that group.
Top

Am 100% in the no drop colored gear instead of trying to work on this saying this is killing the game for many than why hasn't the issue of magic resistance be removed from mages 2 mages 7k and 5500 cant even kill another mage who's 6800. Now that's a unbalance in the game mages should not have any magic resistance but yet its been like this for how many years now!!!! Magic resistance great for non mages but so don't understand why mages need this period...
Top

in this game there is no justice and no rules, there are only restrictions for individual players, this is the main reason for zero interest and people leaving the FT project!
Top

JIykuHaToP wrote: ↑
Thu Nov 25, 2021 2:38 pm
in this game there is no justice and no rules, there are only restrictions for individual players...

This is
1 off topic
2 wrong. You are free to look up the game rules on forum.

I also support the non-drop of colored gear. It was introduced as not dropable and that's the MAIN reason people bought this item.
The ones who complain about boring pvp may be the ones who are level 3000+ with fully colored gear themselves crying about others not dropping to them.
The main part of players still doesn't use colored gear, doesn't want to pay for it. It's not like no player is never going to drop anything anymore.

Greets Saph.
If you ever need help, write me.

Your Shadow will always be with you, even if unseen in the dark.
Top

i will never agree to make them droppable. but i would agree to raise the price up a lil bit (not like zkins!!)
in reason i dont want it to be droppable:
1- bought for real money
2- well as there are no actual gears that are undroppable, that makes things clear that we have to buy item upgrade to make any item our undroppable property.
super arch "1227"
super axe "111"
generous11 "110"
super club "178"
super sord "84"

I agree with the drop of recolor items that can be dropped only to those who have a clan and 72 hours after leaving the clan if you do not want to be dropped, it is better to be without a clan
Top
Locked
106 posts