compbatant wrote: ↑
Thu Feb 18, 2021 11:40 pm
I wonder who is the oldest player who still plays this game?
Unfortunately I can't check this because the oldest list of players I have is from beginning of 2015 when the game already had 2 years.

I think I started to play this game during 2014 and continued till 2017 and then I quit to play mobile games. I used to play during my semester breaks. Still can remember those helpful friends who helped me alot when I was new in game. Specially, Neon and Ryo Hazuki. I guess they two were the most helpful and most friendly guys during 2014 while rest were ........
Made bunch of cool friends and many enemies

. I think I was the player who used to die alot during those days cause was not interested in farming and just want to mess with them. I thought I could really kill them but reality was I was just 10 times lower then there lvl

. Most of the player used to lvl up while I was too busy chatting and losing lvl and xp by dying alot. At those time used to try many different stats by resetting and used to lose bunch level. Still remember I lost 10 lvl while trying to figure out which stat works best and it never worked

.
Anyway still miss my old friends specially Neon , Ryo Hazuki, Blueheart , Racoon and Vasinta. They were the really cool,kind,friendly and best people I have ever met in this game so far.
Rest is history and I forgot most but was a both good and bad memory.
Finally , All I could say is thank you for this game where I could enjoy during those days.
And Best Of Luck For The Future! 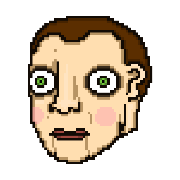 Ah...to think of the ways that FT has shaped my life over the years...sweet nostalgia.
Top

Likes both messages.
The sun will never set if you keep walking towards it. - my son
↑ Being positive doesn't understand physics. ↑
It's nice to be nice - L3on3
→ How to Submit a Report to the GM Inbox ←
Pet Killing and Spawn Abuse | Rules Forum & Game
Top

My sword rdgtasa is on the list, i've started this account on the first day FT went online. Before that i played the off-line version

About seven years ago, I joined FT, which accompanied me from my student days to my adult days. I hope it will get better and better and accompany me more. Special thanks to the "friends" and "enemies".
Top
Post Reply
37 posts