Do not recall the incident of you trying to help with a piece of gear, But we all know my forgetter is getting better.

OH MY! as i trust few, id give him my house contents to hold, knowing id get it all back
You'd be right too.
Keeping just 1 thing would not be worth ruining my reputation over.
The sun will never set if you keep walking towards it. - my son
Being positive doesn't understand physics.
→ How to Submit a Report to the GM Inbox ←
Top

Two old friends Thank you appreciate your support
The sun will never set if you keep walking towards it. - my son
Being positive doesn't understand physics.
→ How to Submit a Report to the GM Inbox ←
Top 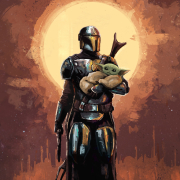 i fully support you in the run for GM

Thank you WhiteStar6
The sun will never set if you keep walking towards it. - my son
Being positive doesn't understand physics.
→ How to Submit a Report to the GM Inbox ←
Top

This thread is for players to apply to be a GM, rather than post other information.

You may wish to create a new topic in Help Wanted. Whilst doing so , perhaps consider whether

If the answer to either is 'yes' then the players you show in the screenshot have every right to attack you.
Top 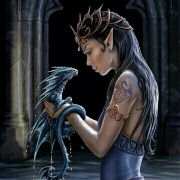 @ chuncui your post was deleted, reason /wrong topic .
Walking through the darkness, i shall not fear , the moon my light, my shadow is the only one that walks beside me and some stars guide my path .
GM
Languages: English - Spanish
Useful Links:
- Forum Rules
- Game Rules
Top

LostKnight has been accepted. Due to other issue's it's on standby. The position will remain available for LostKnight.
Game Administrator
LORD SETH
Languages: English
Useful Links:
- General game help
- Quest list
- Forum Rules
- Game Rules
FOLLOW RULES THEY ARE HERE FOR A REASON
Top

• All other MMO accounts are...Ryaca_2, and Storms7

• What accounts have you shared / bought / sold / traded? None

• Why do you want to be a mod? I have been a Mod before and The GM team needs help.

• Why do you think you should be a mod? Because I want to help and I am fully capable, willing, and able. I also learned a lot from my previous GM terms. I believe that I will be very valuable to the GM team.

• Have you ever been outlawed? If so, what for? Yes. Long ago I helped friends defend themselves against 2 higher level unclanned mages so I became an outlaw one time for one week. One of the mages dropped their clan tag while I was fighting them which I think is a dirty tactic.

• Did you read the Staff Rules (link above) before applying and will you follow them? Yes. Absolutely.

• What is the current keyword? Courage.

• In which country you live and what is your timezone? I reside in the United States of America in the central time zone.

• What language(s) can you speak/type? English and I am well versed in using the Google visual translator app which is very handy and works on any website including the forums.
Last edited by Storms7 on Mon Feb 10, 2020 2:07 pm, edited 1 time in total.
OK MAYBE I WILL USE THIS ACCOUNT EVERY ONCE IN AWHILE
Top
Post Reply
458 posts