I think I've seen it mentioned before (I can't find it), but it would be great to have a place to sell drop items that are used for crafting. These are many of the items that we can't sell now, but aren't unique. Mushy bones, spectre dust, and many other drop items. I know many players throw these items away if they don't craft and get a lot of them. It lets us get rid of items without throwing them away if we have too many or don't want to wait around until someone wants to buy it.

There's a "merchant" who says he's going to open a store for trading:

Once his quest is done, you could then sell the dropped items there. The price he buys for will be close to the game base price, and he would only buy, so it wouldn't affect the player sales market much.
Top

I continue to like this idea! Maybe it will get some attention this time.


In fact you have to work hard to help that boy become a trader, it's a shame that he remains unemployed !!
I like to sell falling goods that are not equipment to this shop

Not all items are tradeable, such as raw and cooked meat.

But yes this is like auction or marketplace or whatever you call it.
Top

The other suggestion didn't really have much else to add as I recall. For items such as swamp meat (regular or cooked) they may not be tradable but I suppose they could always be sold to a store. That might not make sense, but why not.

I think the idea is that you probably wouldn't get rich this way, but you have so much stuff you just end up dumping, and some of it is hard to get.
Warriors are not the ones who always win, but the ones that always fight.
Top

Exactly what I was thinking SellSword!
Top 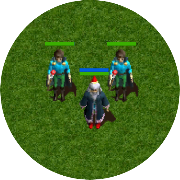 yes it can be beautiful. but. for example; It's easy to drop a wolf meat. How much will this? Prices should be adjusted well
I'm permanently banned from the game and the forum. all my forum accounts are permanently blocked. if you text me I probably won't see it.
-Komutan-
Top

I know I make too many jokes on the forum but...

Guy with tavern near library you can sell wolf meat and lizard eggs to feed his customers!

Sell mino hides and swamp hides to a tanner/leather worker and he makes backpack you can buy with in game gold!

Gull offers to write the language for each individual item that is being sold!

As far as prices go I would think probably not enough that anyone would get rich trying to farm materials. Level of mobs and percentage of drop would need to be taken into account as well, so something like devil horns would obviously catch a better price than swamp meat. You could probably sell things like scales, horns, teeth, etc. for a few million gold, but something like swamp meat would probably be in the 250-500k range because it would be easier to load up.

Someone who wants to sell ingots or stones could always do so too. Those are easier to get so would obviously be worth less. Probably not something where someone would use a dedicated mining dwarf and make loads of gold. Items like soul & meteor stones, higher level ingots (plat, adamantium, and soul), and the harder gems (rubies, emeralds, magic gems) could all have a bit of a price increase as there is more work for them or they require higher levels to access. Still, not something that would be a great money maker probably.

I'm just tossing out my own ideas of course.
Warriors are not the ones who always win, but the ones that always fight.
Top
Post Reply
9 posts • Page 1 of 1