When I stopped being a player and in most cases began to watch the game from the side than to participate, I saw those moments that I could not see before and at one moment when for some time I decided to participate in the lighthouse clan map, I realized that the ft buildings are not at all ready for high levels of players.My level 200 archer was just destroyed under 2 towers 2850 by one level 8k player in full stats in armor.During this time, the 8k player received about 3 hits from two 2850 towers with fire missles(1 hit 650k damage,3 hits from 2 towers 2850 3,9m hp overall) what makes the towers absolutely useless.When I was a player and reached the same level, I did not understand this and thought that it should be so, but now remembering the times in which we started our clan actions with a level of 500-1000 and we were destroyed by one tower hit from one 1k tower I understand how weak and defenseless buildings are now against the growth of player levels when they are limited 2850 and there are no player levels limit.
This is also due to the rapid growth of the players actually I was surprised that the players were able to reach 10k levels already and the experience rate was not as hard as I imagined it I thought it was will level up at the level after 10k for about an hour or two for get 1 level but apparently it's not even though I didn't even ask how long it takes now but I think it's definitely less than an hour if I'm wrong then sorry.I don't even know if this growth is caused by a 5k pet that is many times stronger than the 4k that kromelg did or the appearance of more and more new monsters on new maps with an experience coefficient of 17-20 when kromelg tried to make them mostly around 12.5.

Sorry,for going off topic.I was pulled into a stream of thoughts and I started talking about the wrong thing, so I will continue about clan buildings that will be weaker and weaker in front of the players and at some point they will not have a chance to defend themselves because the players are already much stronger than sieges by HP and magicians who raise a large level will be able to destroy buildings in two hours, as it was 3 years ago, but it will be much more serious because then players above 5k could be counted by fingers and now there are more and more of them and they will grow even further and the buildings do not become stronger.Of course,can try to solve this problem by increasing the resistance of buildings to magic, but this will only give time to strengthen the buildings.Because players should not have HP so that they can run in a crowd around someone else's base as if they were their own due to the weak damage of buildings.

I say this because buildings in the future should take updaire and get more damage or levels otherwise they will not be of value because they take days or even weeks to build depending from builder activity but can be destroyed by a group of 10k+ players in a one hour or even less depending on the amount of 10k+ players.There will be much more of them than 3 years ago and this time will be enough for them, the buildings will become absolutely useless.
Perhaps the option to increase the damage of buildings will even be easier because it only requires to increase the damage of buildings and the hp of the siege.

Now there are few players with such levels, but there will be more and more of them and the buildings will be too weak.Any of the teams of these levels will be able to choose not the right time for the opponent and destroy the buildings this will work for all teams on all sides and no one will be able to defend their buildings if they are not ready to be in the game 24/7 but everyone has the time when we want to take a break from the game and the game in such conditions will become tense for everyone to constantly be ready to protect weak buildings that are not ready for huge levels of players.

I see this as a future issue and am writing about it now so that the combatant will update the buildings when the players become too strong for them.
This update does not require urgent implementation, but I think within 1-1,5 years it must be implemented.So please tell him about this problem.
Top

Short response:
I agree with you. As players continue to grow much higher, clan buildings will need reexamined for balance.
Omnes Autem Uri
Top 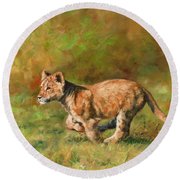 I don’t think this is right. It’s right the tower has Max level and the player no. But they can’t destroy a tower on 2hours. Also if the player grow and grow I don’t see in a future of 1.5 years 10k players. I think you are wrong . This isn’t like when you were abusing of the XP bug. XP reductions are there. Levels are hard to get. Even 1h means if you want 10lvls day playing 10h. So if most are on 5k playing 30 days means 300lvls month. And you must do 10 levels evry day all day. 3600 lvls on a year. Can you keep a year playing like this? Well 8600level. BUT the enemy is also 8600. So here we go. If a side is attacking a “weak” building with 20seigws it takes if is max tower a few time to drain it. Even if the tower is alone it has 7 pages of full missiles. How much time it takes for drain? 30mins? Also we must think that always there is someone active. There is rare no one active . That person can wash refill. Well. If no one is there you can start attacking the building . That will take at least 3h for get it red. Time enough for at least 1-2 people can come , refill, building from safe with high level account, stun and kill under tower, no matter if you fighting vs 20 people . Tower will still hit. Tower deal 600k if your hp is of 2m and you loose 600k that is a lot. Even if they try to heal you won’t be enough. You can attack safe from tower and get all seiges. They will have to move cause with only one skill they loose 30 or 40% HP+ tower hit or double hit siege will be on low hp. So only one person can defend it.

Now coming to the real life . Building will be near each other. You will eat 2-3 tower hits up to 1800damagw. With one fire skill or freeze your seige can die. So why they can should we increase dmg or hp of builds?

Also 2 mages can heal over 40 seiges. This is crazy but it’s how it works.

I’m not opposed to this idea. But this isn’t the right moment. And the HP castle can’t go up to 2850 cause of the magic number. So only other builds will be.

This will require a lot of testing and time . So we better leave this like it is

I've never been big into clans, so... mages can heal sieges? That's something I did not know...
Top