Player killing by spawn is against the rules?

Nilez, you continue assuming that the way it is "suits me just fine" - what you don't know is that when I was a GM, I was the only one really pushing to stress that there are times when spawn killing is appropriate and should be allowed. Admittedly, my reasoning was much different from yours - I was wanting to legitimize it to be used as a means of dealing with low level pests (this was before retaliation list) and spawn blockers, whereas you want to do it as a way to cause grief and irritation for other players... but still the rule is not the way I would have set it. However, what I learned from working with the GM team and the players, is that making it officially acceptable in even the circumstances that I think they should be, is not in the best interest of the game or the players. You see, I'm defending the position that has been arrived at over years of game play... not the position that I personally would have set.

Additionally, you say, "the devs aren't changing the way the monsters attack, so they are ok with it" but again, what you don't know is that almost everything in the game has been changed or altered at some point... something being the way it is, does not indicate that it is the way the dev wants it to be.... there is plenty of room for improvement in game content and mechanics to be sure, and they have been added to and improved continously over the years. There are also many things that the game mechanics technically allow for, which are against the rules... the simplest example would be cursing another player out - you could easily find words or workarounds that the filter will not catch and block... does this mean it's ok? No, that's clearly preposterous.

I'm done going in circles with you about this, I've done my best to convince you that your pursuit of this change is a foolish waste of your time, but perhaps you just enjoy fruitless conversation - to that end, enjoy yourself

naomi wrote:i hate spawn killers..no excuses, i want them to be outlaw immediately 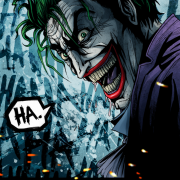 Leone wrote:Let me propose a counter argument then.

If spawn killing is deemed acceptable and not reducing the gaming experience of others, then the perpetrators should be placed on the victim's kill list, just as if they had directly attacked them in pvp.

And the victims could attack the perpetrators anytime they wished (within a week) regardless of their level difference.

Is your idea of a kill list different from that?

P.S.
Idk what events follow when you attack a person directly. Everyone's either been too strong or too weak for me to attack.

I like the thought but it's a fairly important rule to have. Even with it against rules players still abuse it and ruin the gaming experience of another. Most people outside of clans don't really want any trouble but to instead grind in peace. If you want someone dead then pvp is the best way to go, that's what clans are for. Using an in game monster for the dirty work is pretty low and TBH I don't see enjoyment coming out of it. Not completely shooting down your idea I like new ideas but unfortunately that one would be abused dramatically.
RIP Sissy *forever in our hearts*